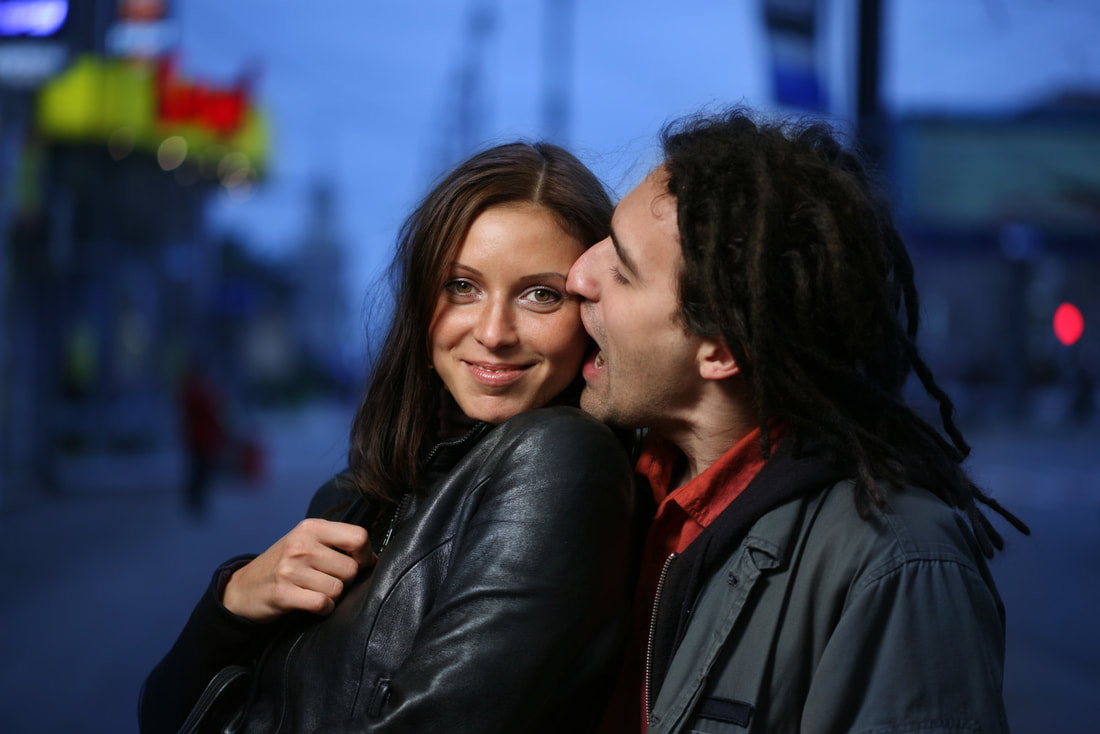 Resilience is the ability to resist the manifestations of clinical distress, impairment or dysfunctions that are often associated with critical incidents and personal trauma.
Dr. George Everly, Psychological Body Armor.”Last week Sara got so mad she threw her shoe at me. It missed my head by about three inches!” Larry said.”At the time I thought he deserved it,” Sara admitted. “But the fact that I could do that really scares me! I feel as if our marriage is in serious trouble.”While not every couple throws shoes—or anything else—that sense of uncontrollable anger is not uncommon for many couples regardless of creed, ethnicity, or social status. Unfortunately, some feel that the heightened level of emotion is the beginning of the end of their relationship.

In my more than 35 years of counseling and  45 years of married life, I’ve observed that how couples respond to an event such as Sara’s shoe-throwing can help them develop resilience, the ability to bounce back or recover quickly from change, misfortune, and unmet expectations.

As we explored their past ten years together, I knew that even though they were now in a difficult season, Larry and Sara had built resilience into their marriage. To create a resilient marriage, your commitment to the relationship must be stronger than your history, mood, or situation. Couples who are resilient have these seven qualities in common.

One thing that can damage our resilience is the mistaken notion that a good marriage equals a calm and peaceful one. In the ten years, Larry and Sara had been married, five jobs, one miscarriage, five harsh financial seasons, four moves, and two adventure-filled boys had taken their toll. Not to mention the fact that they came from two different family styles: Sara’s parents were divorced. Her dad had cheated on her mom multiple times, and then abandoned the family when she was ten. Larry, on the other hand, grew up in an intact family—his parents are still together more than 40 years later.

As we talked, Larry nailed one of the great Christian misconceptions about marriage: “We had no idea how difficult marriage would be. If you listen to people at our church talk about their marriages, it would be easy to believe nobody has been through what we’ve experienced.”

It amazes me that in this day when marriage ministries and materials are so prevalent, couples still believe a great relationship will be a peaceful one. They often feel invincible, especially in the early stages of marriage. This can lead them to deny the impact of stress and family history.

Many couples mistakenly think that loving each other means always getting along. But conflict is an inescapable part of marriage if the couple expects their relationship to grow and mature.

2. Resilient couples find help when they need it.

Many couples “go it” alone—trying to deal with their issues without getting outside help from a trusted source who can offer biblical encouragement, guidance, and support. Those are typically the couples who end up with broken relationships.

Larry and Sara had always been involved in small church groups, which had been invaluable sources of strength when difficult circumstances such as miscarriage and job loss came along. But when they felt more “out of control,” such as Sara’s shoe throwing, they knew it was a signal to seek professional help.

3. Resilient couples remember the good things about their marriage and each other.

“He’s a good father to our boys,” Sara mentioned when I asked them to list each other’s good qualities. “And he’s patient. He puts up with my quirks.”

“I love how loyal and passionate she is,” Larry added. “Sometimes she goes overboard, but I know her heart’s in the right place.”

The longer we talked, the more relaxed they became. “We’re not quitters,” Sara said. “When I see how many of our friends have crashed and burned in their marriages, I’m glad we’ve hung in there.”

Larry looked embarrassed but said, “We had no idea what we could endure as husband and wife. But we still love each other.”

Resilient couples choose to focus on the good as opposed to camping out on the bad.

4. Resilient couples accept the differences in their personalities, views, and ways of getting things done.

Sara entered marriage fearing the sharp conflict she’d watched her parents experience, while Larry came expecting the intimacy and commitment he’d seen his parents enjoy. For several years, they acted out based on the marriage models and communication styles they brought with them.

Sara tended to over-talk everything. Then if she felt Larry didn’t “get it,” she’d become angry. “When I try to talk to Larry,” she told me, “he always seems to run and hide. He’ll either collapse in the recliner and be sucked into the television, or he’ll retreat to the computer room. When he does that, I feel like going ballistic, and sometimes do.”

Larry responded, “She has an opinion about everything, and when I don’t engage in the conversation, she gets heated, so I retreat. Then she throws a shoe at me!”

Men and women really do have different needs.

For guys, we want to feel competent and needed. We want to feel respected. One friend of mine used to say, “Men are like dogs, they need three things: someone to feed them, play with them, and occasionally say, ‘Good boy.’”

I encouraged Sara to be more mindful before sharing an opinion. She also became intentional about giving Larry positive feedback on things he did around the house and with the boys. She even began to find herself being more sexually provocative with him.

For women, the key is to help her feel valued and cherished. If she feels her husband can love her the way she is, then she feels more secure. When a man listens to his wife, without trying to fix her, for instance, he’ll be amazed to see how she can engage him physically. Larry noticed that as he listened intently to Sara, she actually talked less. He even began to buy her flowers, knowing how much she appreciated the gesture.

Sara and Larry became more focused on their communication styles and began to senseless tension and more hope. Larry was choosing to stay connected and not withdraw, and Sara was trying to lower her intensity level.

“We’re not the same,” Sara mentioned. “And I’m starting to appreciate the fact that that can be a good thing.”

5. Resilient couples develop and maintain an internal locus (focus) of control rather than an external focus.

I asked Larry and Sara to recount some of the difficult times in their marriage and how they got through. They told me that six months into their marriage, Larry lost his job. It could have been devastating, especially since Sara’s part-time job didn’t bring in enough money to cover their bills. When many couples would take out their frustrations, fears, and worries on their spouse, Larry and Sara decided instead to focus on the possibilities.

“We knew we loved each other,” Sara said. “It wasn’t Larry’s fault he was downsized. We weren’t sure how it would work out, but we believed Larry would find a job and that God would lead us through this difficult time. And he did.”

“So what keeps you two together?” I finally asked them.

“I love him and want us to get better,” Sara told me.
Larry agreed. “We believe God can and will help us work things out, but it’s tough.” They both took their marriage vows seriously and didn’t want to become another statistic. They hoped to survive this rough time and were committed to the process.

Larry admitted to me that he can be a “control freak” at times. Sara, on the other hand, is a “free spirit.”

As the weeks went by, Larry and Sara started to focus on their personal responsibility for their portion of the relationship’s troubles and move forward.

After Sara’s fourth overdrawn check, Larry had had enough. Instead of blowing up or withdrawing from her, which had previously proved unsuccessful, Larry took another approach. He waited for a couple of days so he could calm down. Having a measure of control over his emotions, he could talk to her in a calm, rational way and they were able to resolve their money issues.

7. Resilient couples reinterpret past failures and use them as growing points instead of perennial negatives.

In other words, they look at past mistakes to make positive, life-changing applications.

Sara admitted she felt she had to punish Larry with angry outbursts to get him to do anything. As she worked on her side of the responsibility equation, she realized some of her anger was rooted in bitterness toward her dad. So Sara began to pay close attention to the things that could trigger her emotions. In the course of our counseling, she was able to see the hurts for what they were and began to come to terms with the damage. In the process, her feelings about Larry grew softer.

Both Sara and Larry let go of the old hurts and took active measures to reconnect. Larry is “staying in the room” when Sara is struggling. Sara is feeling more secure in her relationship with Larry as she sees the changes he’s making. They use the words, I was wrong. I’m sorry I hurt you. Will you forgive me?

In the six weeks, they were in counseling with me, Larry and Sara were able to receive enough mercy and grace to forgive each other and make adjustments necessary to move forward
Today they report that shoes are no longer a weapon of choice, but something to wear.

Call to action:
Are you interested in getting help in your relationship?  Feel free to email me: john@johnthurman.net

Previous: The Leadership Style of Gentleness
Next: Cutting Down Holiday Stress

3 thoughts on “Seven Secrets to Building Resilience in Your Marriage”